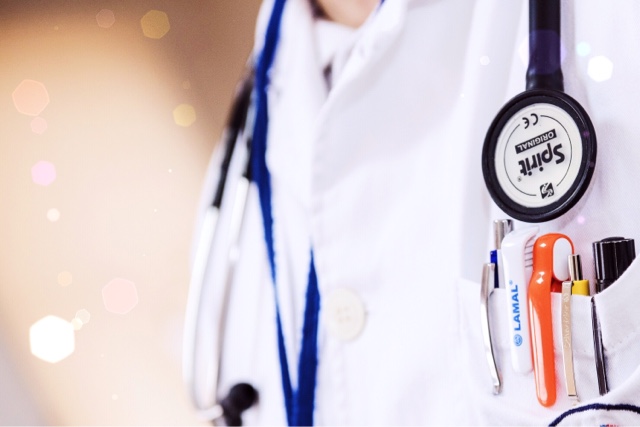 For those of you who might not know, February is Marfan Awareness Month, and so today I am lucky enough to have a special guest post from the lovely Shona. You might not have a clue what Marfan Syndrome is – and that’s okay! I was unaware of the details until recently, and that’s exactly what this month is about – spreading the word and raising awareness. Keep on reading to learn more and hear Shona’s story…

Before I introduce myself I first must thank Ashton for letting me guest post on her blog about this. It’s a topic that I feel so passionately about and I’m always grateful when other bloggers let me use their platform to raise awareness. You’ve probably clicked on this post because you either know exactly what Marfan’s is and want to hear my story, or you have no clue at all about it and probably haven’t even heard of it before! Either way I’m happy to share my story of living with a rare connective tissue disorder. This month, February, it is Marfan Syndrome Awareness Month and on my blog, Shona Louise, and across social media I will be spreading my story and some facts to help try and raise awareness of a condition that even some doctors don’t know much about. 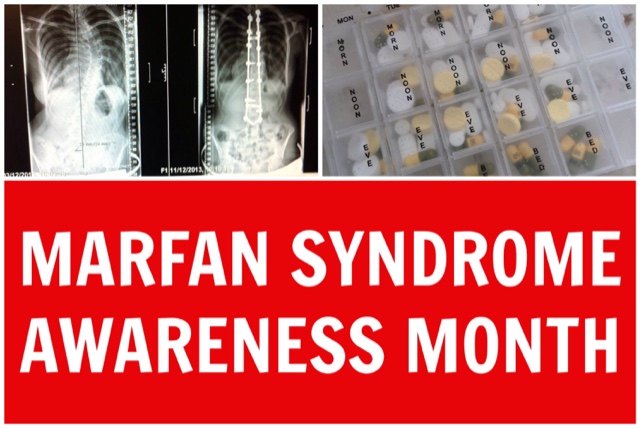 Marfan Syndrome is a connective tissue disorder; these tissues are the ones that hold your body together a bit like glue, and in people with Marfan’s, this connective tissue becomes very stretchy. Since these tissues are found all over your body this means that Marfan’s is a disorder that can come with a lot of different problems. Whilst I mainly suffer with skeletal and heart problems, patients with Marfan’s can also experience eye problems and can also develop a variety of different secondary problems. It’s a genetic condition so most people inherit it from their parents, but in some cases spontaneous mutation can occur so it is important for everyone to know the symptoms. In America things are improving so much and people are more aware than they have ever been before but we are falling behind here in the UK – most doctors I see don’t even know much about my condition.

Common symptoms to look out for (and usually these are most prominent during puberty) is being very slim and tall with long limbs and also very flexible joints (known as hypermobility). Just because you are particularly tall and slender though, this doesn’t mean you have the condition. Symptoms like scoliosis (curved spine), lens dislocation and aortic changes in the heart are factors that doctors look out for when looking to make a diagnosis. Unfortunately a lot of doctors are reluctant to even do genetic testing if someone doesn’t have the heart problems that are related to Marfan’s though, but I urge anyone who is being denied formal testing to push and push, it is more than possible to have Marfan’s without having the sometimes devastating heart problems that you often see alongside it.

These heart problems are the reason that we need awareness; so many people are not getting a diagnosis until it is too late because people don’t know what to look out for. Yes, this isn’t a common condition, but when there are so many people walking around undiagnosed it is important to raise this issue. I hope we can get up to the level that the US have very soon. In people with Marfan Syndrome the aorta (the main artery in your heart) often balloons and doctors strive to intervene and operate before this goes too far and the aorta ruptures. If this happens then unfortunately most people don’t even make it to hospital which is why it is important for people who have this condition to have regular echo scans to check the measurements of the aorta and other important parts of the heart. Both my uncle and granddad died very young from these complications so it is something that is close to my heart.

Marfan Syndrome affects me daily; I’m not able to work or take part in any kind of education because of this genetic condition that I inherited from my Mum. I suffer with chronic pain everyday and now use a wheelchair to get around most of the time. I’ve had several surgeries including spinal fusion to correct my scoliosis and a hip replacement due to the problems that Marfan’s has caused me. Of course this isn’t fun but I’ve met some incredible people on my journey and I hope that I can turn this into something good by speaking out and raising awareness.

The chances of yourself or a family member or even anyone around you having this condition are low, but information is powerful and at least when I tell people what I have I won’t just get a blank clueless response in the future; that’s what I hope for eventually anyway!

If you are interested in learning more than you can head over to the NHS website where there is lots of information!

Thank you to Shona for an interesting and eye opening post and for taking the time to raise the much needed awareness. I’d love to hear in the comments below whether you’ve learnt something new today! ツ