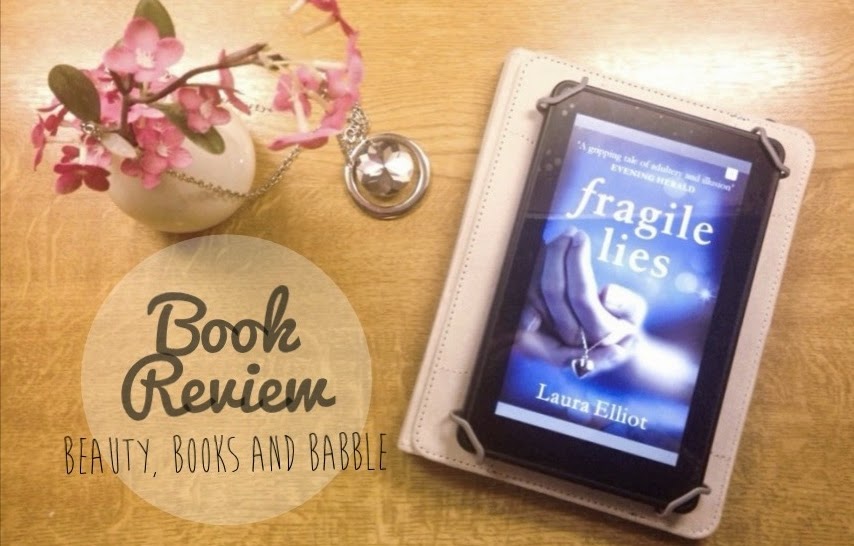 A huge thank you to Bookouture. They sent me a copy of this in exchange for an honest review. I gave this book 3.5 stars!

“Love and hate. Two sides of a damaged coin.“

Fragile Lies is a story based around the love, betrayal and their consequences in relationships that occur behind closed doors.

When an illicit love affair tears apart Lorraine’s marriage, she finds herself uprooting her teenage daughter and moving to different scenery. Swapping her bustling city centre town for a home in a seaside village, Lorraine finds herself struggling to forget the past, whilst her daughter gives her the cold shoulder for moving her to this foreign place.

Meanwhile, Michael is reluctant to forgive after his son has been the victim of a hit and run accident, leaving him lying comatose in a hospital. Driven by guilt and remorse, Michael is determined to discover the identity of the driver who left his son to die.

As the separate lives they lead become familiar, both Lorraine and Michael discover that they were already connected in more ways than they anticipated as they untangle the web of lies surrounding them.

“In a splintering world, how easily we are aroused by the unimportant issues.“

For me, this book started with intrigue and a bang. In the prologue we witness an anonymous couple in the latest of their line of overnight hotel affairs. The possibility of getting discovered together means the couple are forced to cut their night short, and as their panic leads them from one thing to another, they run down a man on the road. Terrified at the thought of their hidden romance becoming exposed, they drive off into the night, leaving the man on the road where he fell.

I loved how this prologue was written. The whole scene formed before my eyes as I read, and I could really vision the hotel and felt I was truly witnessing the panic of the characters. The explosive events drew me in as they carried on and I was excited for the consequences of the night to unravel.

From here, this anonymous couple are pushed to one side and we flashback through the lives of Lorraine and the people surrounding her. Unfortunately, I found the story to have a slow pace from here, and despite the fabulous writing, I wasn’t too invested. I’m not one to give up though, and I’m so glad I didn’t. After passing the 50% mark, I was hooked. I needed to see how things were going to turn out, and I began to really appreciate the characters.

Each character was realistic, complex and relatable, and I found they all evoked an emotion, whether it was love, dislike or hope. In particular, I loved Lorraine’s character. Despite being knocked down and vulnerable, she is actually a strong and likeable character, and I found myself wanting her to find the strength to move forward in her life.

I found myself losing track of some secondary characters along the way, but it didn’t affect my following of the story, and definitely didn’t take away from my enjoyment.

Laura Elliot’s writing style was wonderful and she clearly has talent in using words effectively to create scenes and personalities. One tiny nitpick I had was that on a couple of occasions when there was a scene or time change, I would have liked a double line spacing to make it clear. A couple of times I found myself back tracking a little to make sure I didn’t miss something, but maybe that’s just me being silly. ツ

The book didn’t quite make it to 4 stars, but it was definitely more than a 3 and so I rated this book with 3.5 stars (though it was possibly more around 3.75 for me, but if I start getting more accurate I probably will never stop and end up with ratings at about 10 decimal places!).

Fantastically written and full of love, hope, lies and deceit, Fragile Lies follows a tale of relationships, untruths and life, and everything that comes with it. I would be more than happy to read more of Laura Elliot’s work and recommend this to my fellow bookworms.

“Love only has substance when it’s freely given.”