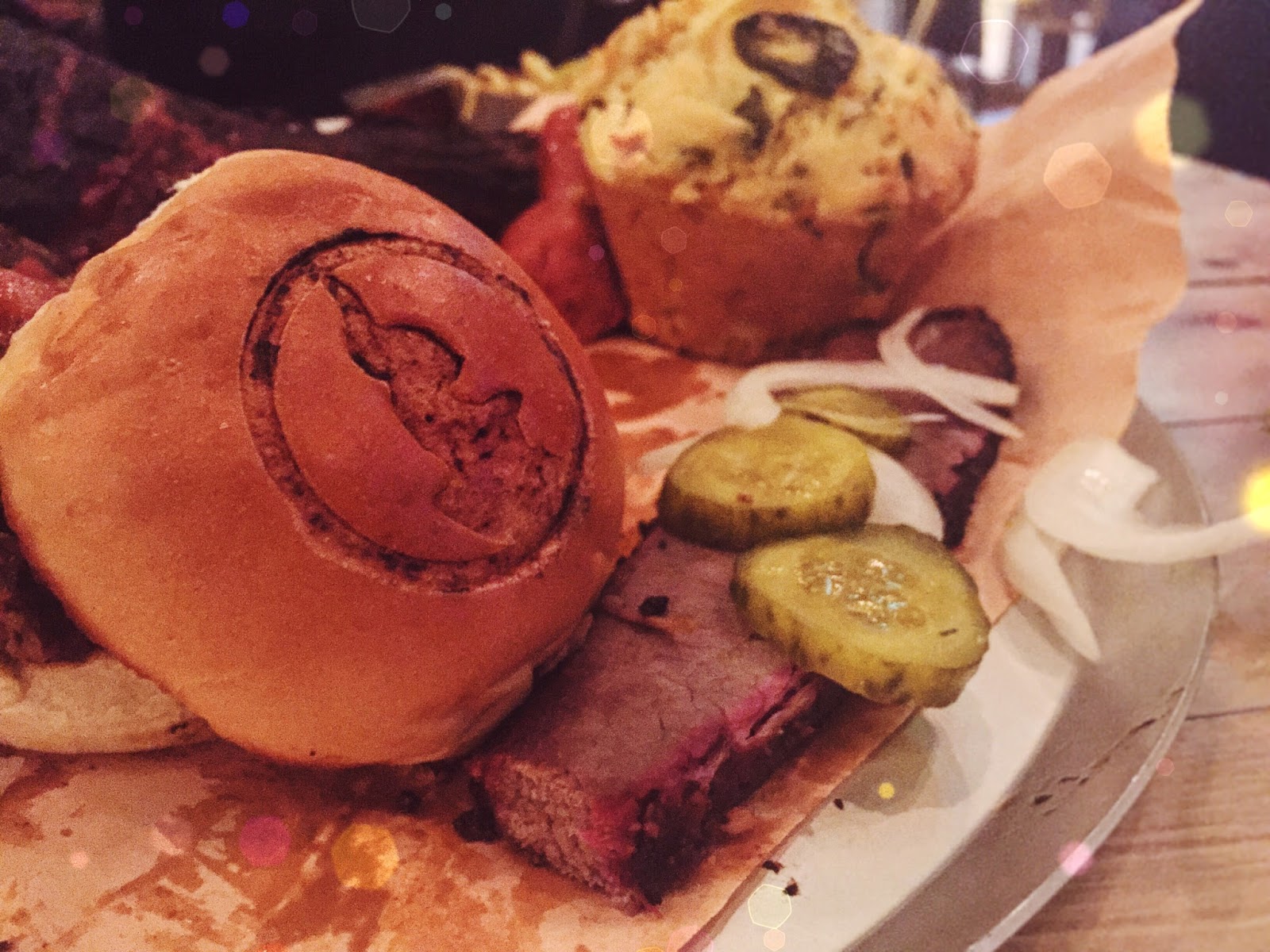 “Ashton – do you want to get dirty?” This was the subject of the e-mail that led me to Smoke BBQ in Leeds last month. After opening the e-mail and realising that it was an invite to a blogger event complete with free food and free beer, my answer was yes. Yes, I want to get dirty. Sign me up.

After their Sheffield restaurant went down a storm and was a huge success, Smoke BBQ opened it’s next restaurant in Leeds late last year. They work hard to find the best meat that Yorkshire has to offer before adding a touch of spice, getting a heap of wood and producing some super tasty barbecue food.

So, on a dark Thursday night last month, my brother and I made our way to Leeds with a rumbling tummy and one hell of an appetite. Smoke BBQ is situated in the booming Merrion Centre, and I was immediately impressed with the space, both in size and design. It had a fabulous industrial theme and the dim lighting made for an effortlessly cool, relaxed atmosphere. 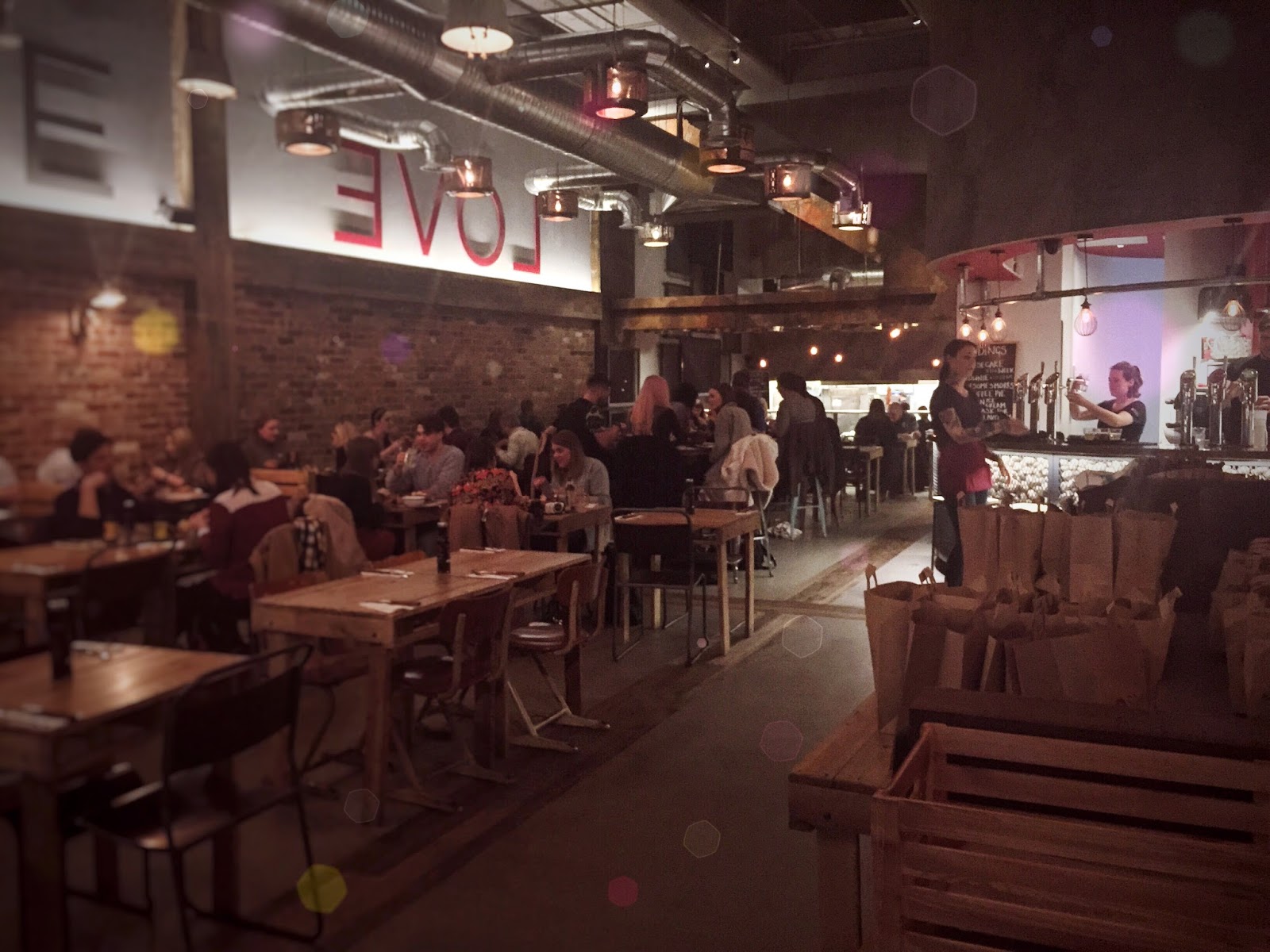 As soon as we sat down we were offered a selection of beers to try alongside the bowl of barbecue popcorn that was waiting on our table for us. We were given samples of three draught beers – American Saviour, Smoke American Red and Freedom – along with two bottles from the menu – Freedom’s Authentic Lager and Freedom’s Liberty Pils. I’m not a beer drinker, but I was more than willing to get tasting, and I was pleasantly surprised by the Smoke American Red which has a much subtler taste to it. Once the staff discovered I wasn’t a beer drinker, they were more than happy to bring me a glass of cola instead which suited me just perfectly. 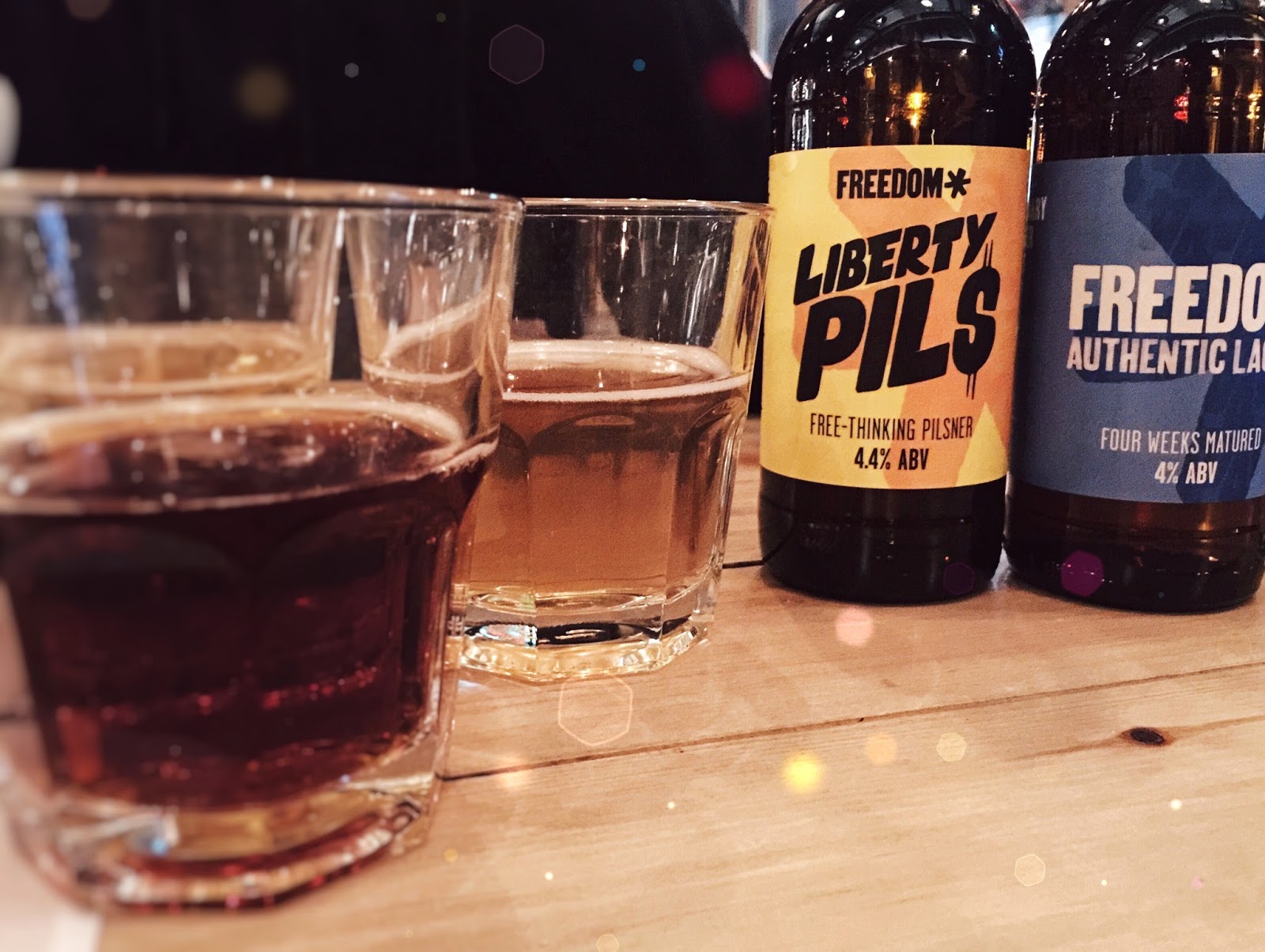 Before we knew it, it was time for the main event: the Smoke Sharer Plate*. Let me tell you, the word plate is used lightly here and is definitely an understatement. We couldn’t believe our eyes when the staff came over with a humongous platter piled up with every barbecue meat imaginable. We had ribs, sausages, a pulled pork burger, steak strips, chicken thighs and one incredibly large barbecue turkey leg, all of which was accompanied by a savoury muffin, some coleslaw, and a bowl of the yummiest double-cooked chips I have had the pleasure of digging into.

It saddens me that my pictures don’t do this platter justice. Seriously, it was epic. Epic in size and epic in flavour. I favoured the turkey leg and the steak strips whilst my brother happily munched away on the pulled pork burger and sausage. I’m normally absolutely useless when it comes to hot food, yet I ate a bit of everything and thoroughly enjoyed each and every bite of it, which is a testament to the incredible yumminess of the food that was served. 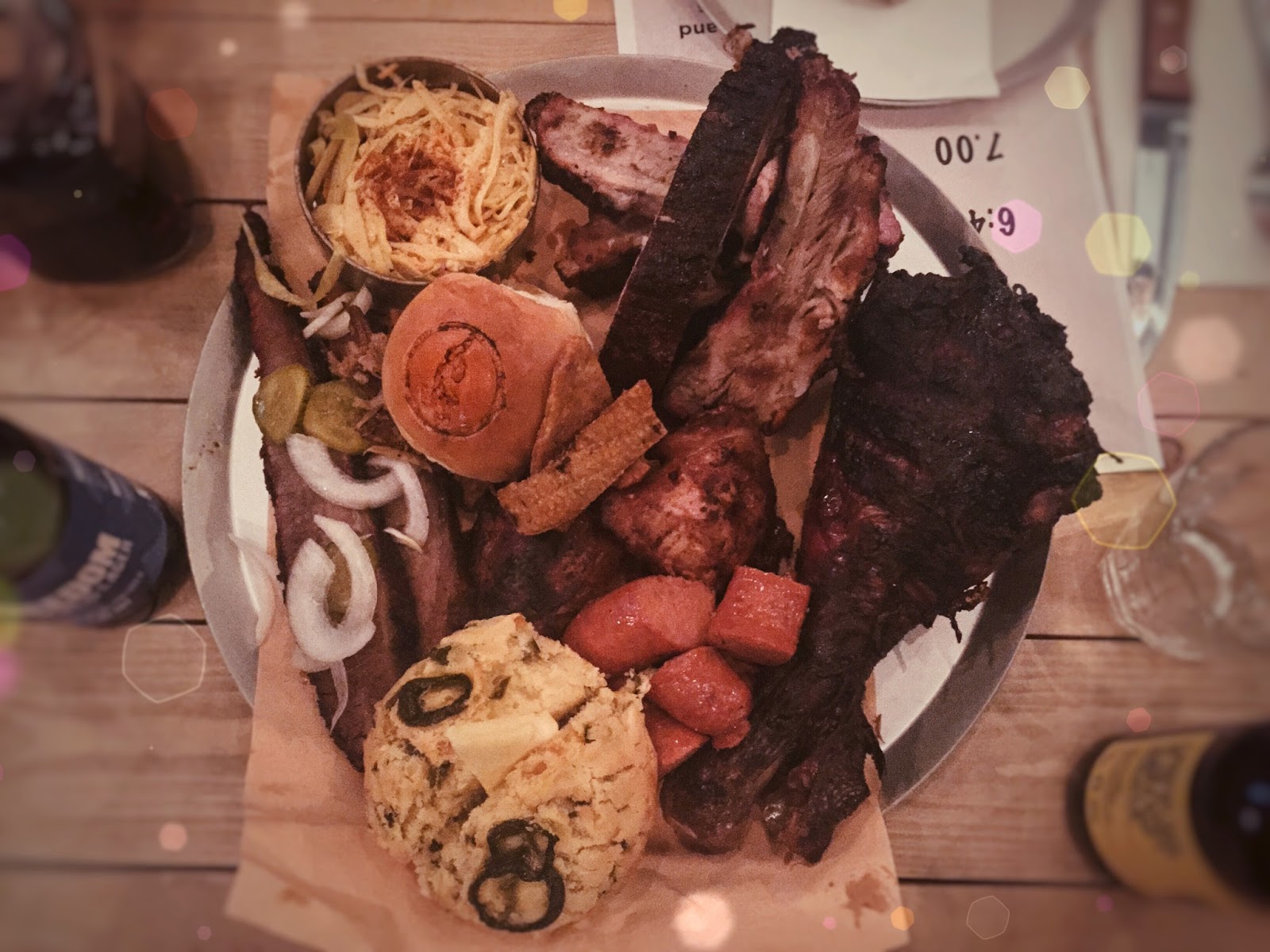 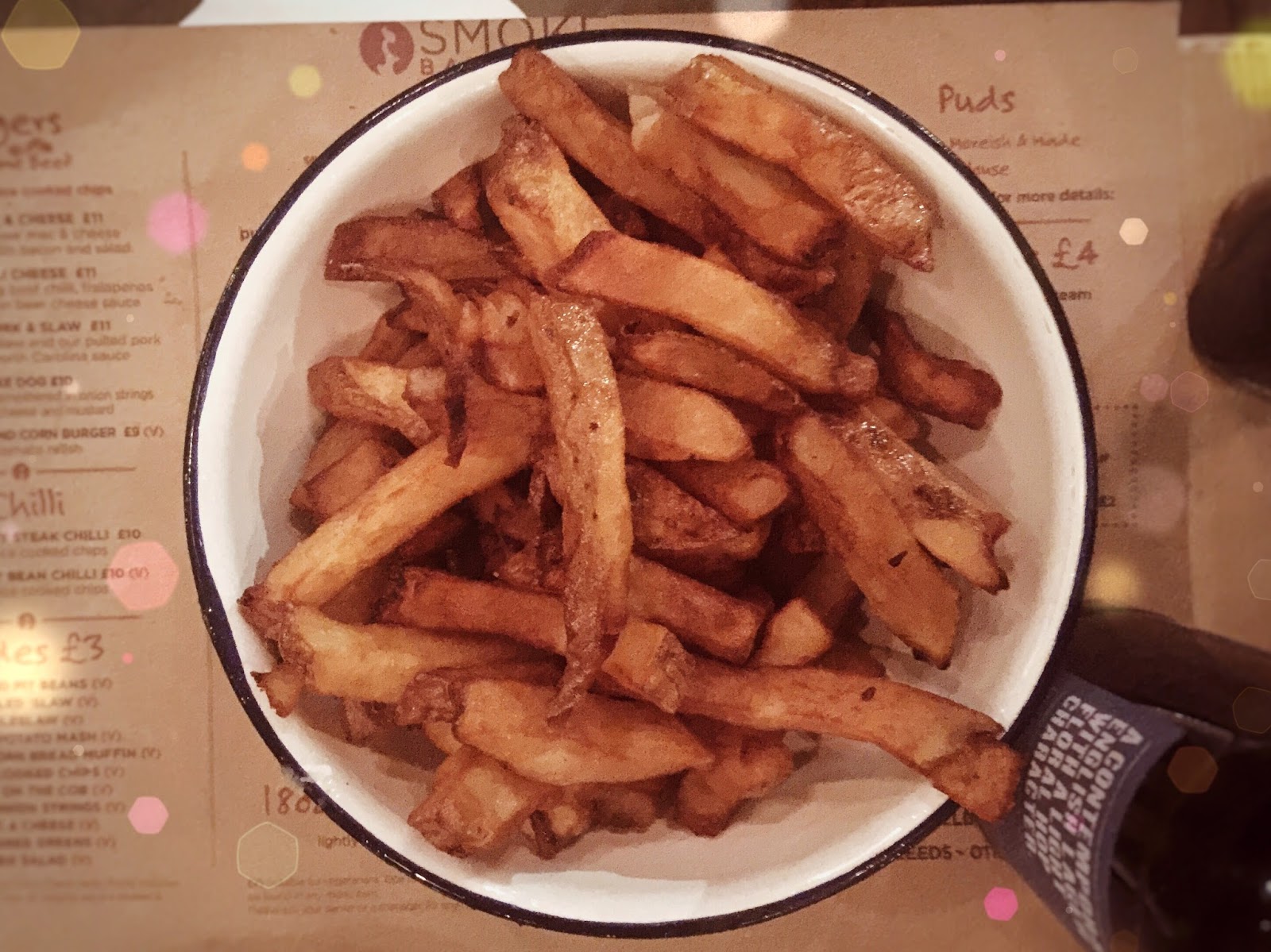 Needless to say, making our way through the entire meat feast was a struggle (a yummy struggle nonetheless!), but we’re not a family to give up, and so we sat back and took a break ready to attempt round two. Before we had the chance, however, we were informed that our desserts would soon be on their way. Desserts? Hell yeah!

The waiter was kind enough to wrap our remaining meat for us so that it wouldn’t go to waste, and within minutes we were presented with four dessert samples – rocky road, chocolate brownie, peanut butter cheesecake and a rocky road ice cream. I went straight for the brownie, which was incredibly gooey and simply brownie perfection, whilst my brother opted for the cheesecake. 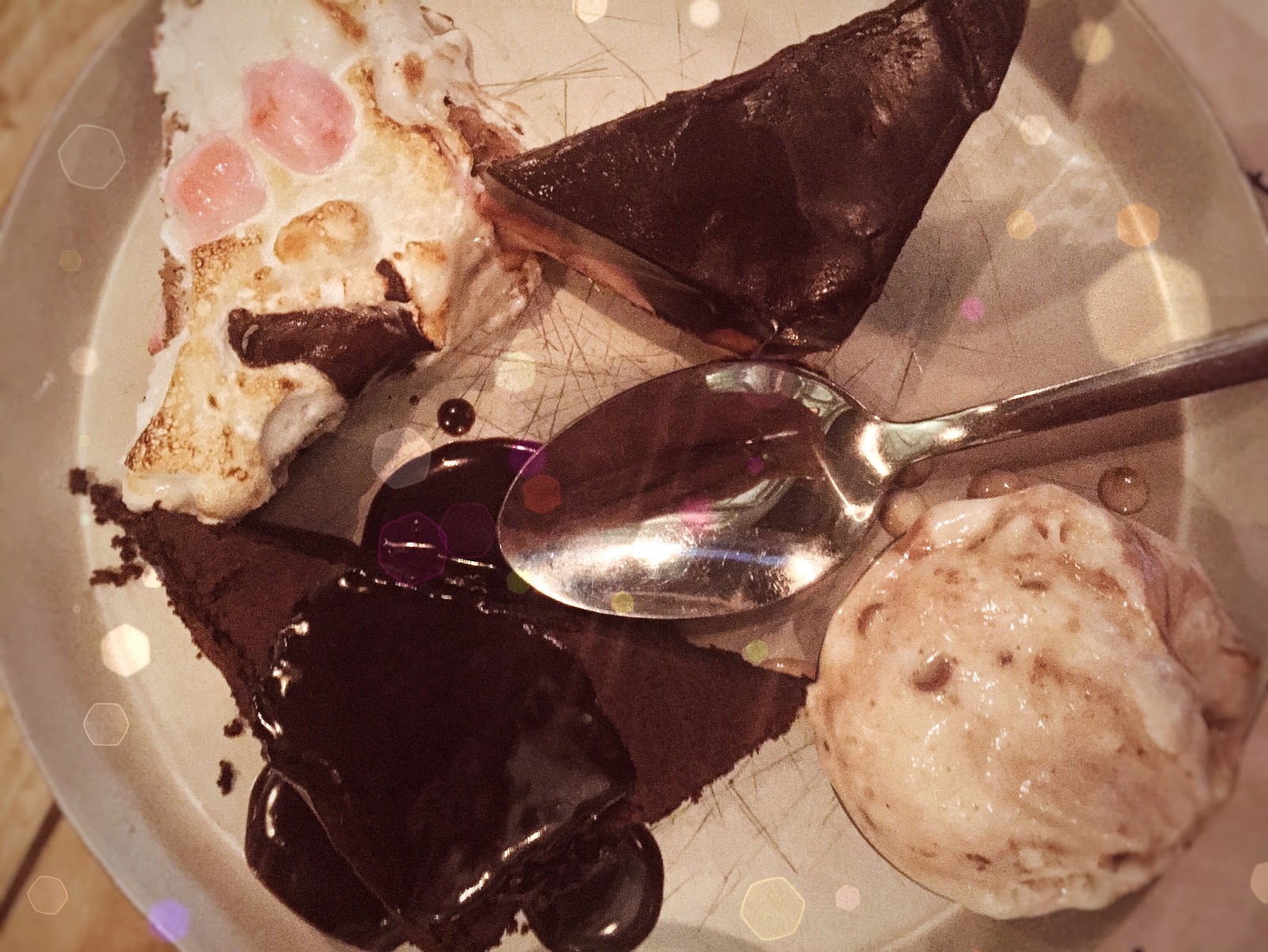 Whilst everyone sat back with full tummies to let their incredible food settle, the co-founders of Smoke BBQ, Sean and Duka, made their way around the room to chat to each and every blogger. They explained how they decided upon the idea of Smoke BBQ after an episode of Man Vs Food inspired them to visit Texas and experience the grub firsthand. (And aren’t I glad they did!)

Both Sean and Duka were incredibly warm and easy to talk to, and it was a pleasure to find out more about them. It was evident that they were passionate about their business, both behind the scenes and out front with the customers. In an environment where customer service is paramount, Sean and Duka were simply perfection.

After saying our goodbyes and collecting out leftover food to take home, each blogger received a goodie bag complete with a copy of the menu, some of the delicious popcorn and a bottle of their very own smoke sauce so we could relive the flavour at home. 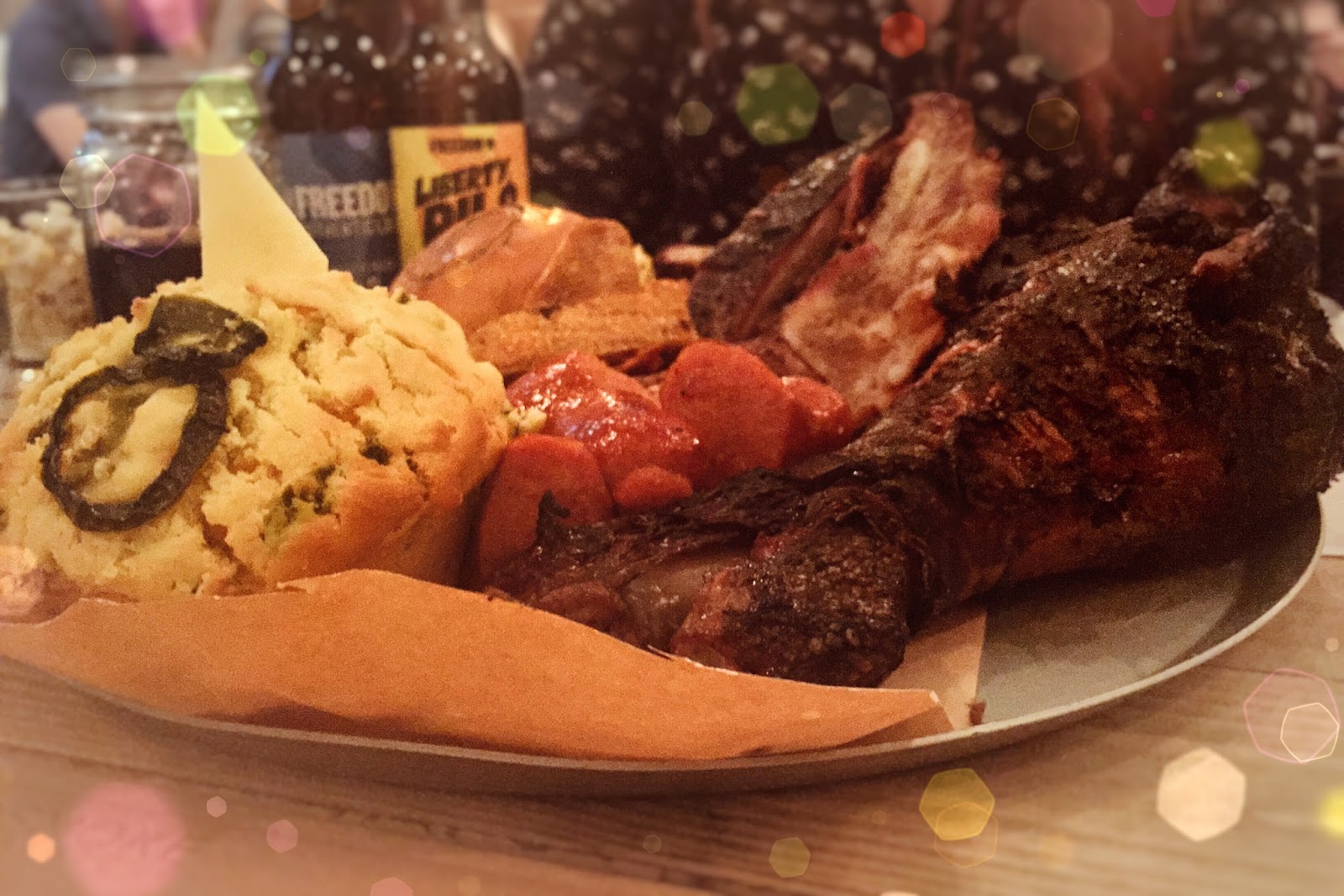 Writing this post has made me seriously hungry (I’m practically drooling all over my keyboard) and I can’t wait for when I’m next in Leeds because I’ll definitely be making a return to Smoke BBQ.

Have you visited Smoke BBQ before, or would you like to? Let me know if you’re drooling over the pictures!