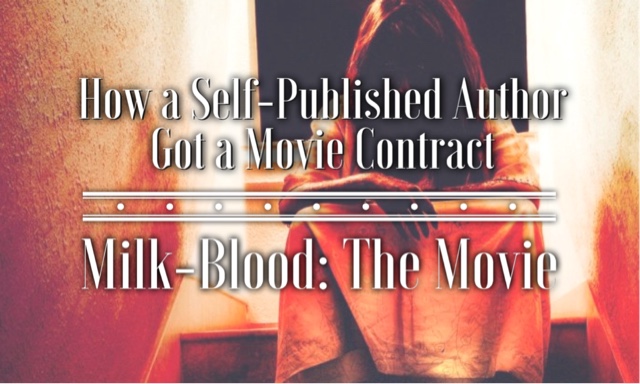 Today I am over the moon to be announcing that self-published author, Mark Matthews, has signed a movie contract for his urban horror story, Milk-Blood (see my review here!).

Milk-Blood tells the story of a young girl who not only suffers with a heart defect, but was also born with an addiction to heroin. It delves into her disturbing childhood filled with drug addiction, violence and real-life horrors. I’m ever so tempted to rant on about how much I enjoyed this unsettling yet engrossing story, but you can read all of that in my book review here!

The book (and it’s prequel, The Damage Done) has been optioned for a full-length feature film by Monkey Knuckle Films. They actually approached Mark Matthews after reading another of his novels, On the Lips of Children, but then continued by discussing and agreeing on Milk-Blood. (That’s right guys, this self-published author has two film-worthy books… at least!) 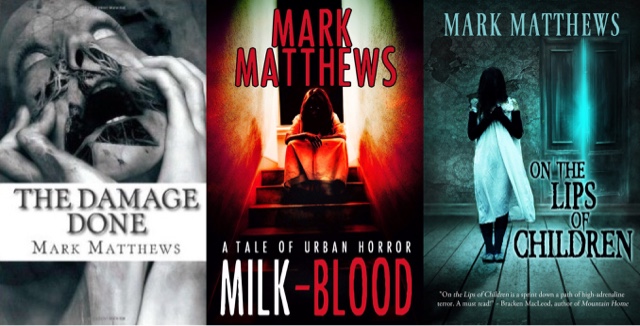 Monkey Knuckle Films is an independent, smaller budget company who have a long history of horror having worked with big names in the past from films such as The Devil’s Rejects and The Evil Dead. Having a smaller production company hopefully means that Mark Matthews can work closely with them to make the film just perfect! And as for the smaller budget? Well, Saw started off as an independent, low budget film and in 2010 it got the Guinness World record for the most successful horror film series with a gross profit of $733,271,976 (or £481,525,920.92) over it’s installments! Need I say more?

You can check out the proper announcement below and keep on reading to find out exactly why I am so darn excited about this!

“MILK-BLOOD, a novel by Mark Matthews, has been optioned for a full length feature film by Monkey Knuckle Films. The option includes rights to the short story, The Damage Done, a companion piece to the novel.

“MILK-BLOOD is true reality horror, with supernatural elements that only serve to make it more believable,” explains executive producer Michael Bradford. “The story will certainly hold an audience.”

MILK-BLOOD is the story of a ten year old girl named Lilly, born with a heart defect, who lives on a Detroit street where poverty, urban despair, addiction, and both the living and the dead threaten her outside her doorstep. The author has tapped into this experience as a social worker to create what one review site calls, “an Urban legend in the making.”  The author’s previous novel, On the Lips of Children, was a number one best-selling kindle novel on amazon.

The title, “Milk-Blood,” comes from the Neil Young song, “The Needle and the Damage Done” and refers to the extensive lengths a heroin addict will go to in order to maintain their high.“


Mark Matthews is the first author I ever connected with directly when I began writing book reviews last year, and I’ve kept in contact with him since via social media. So, naturally, I was thrilled when he told me that Milk-Blood was optioned for film (and this time it’s for real, not like his April Fools joke, which, by the way, I totally fell for – I’m way too gullible!).

Seeing the horrors and nightmares of Milk-Blood on screen both excites and terrifies me. I mean, you all know I do love a bit of gore and gruesomeness, but that certain bathroom scene I mentioned in my book review is gonna be a toughy to watch… though I know full well I will watch every single second nonetheless.

The fun doesn’t stop with the film though, oh no! Mark Matthews has also announced that a sequel to Milk-Blood is scheduled for release in early 2016… and I can’t wait! “The sequel is some twisted material,” says Matthews, “but with a purpose. Horror without heart doesn’t appeal to me, and I don’t think to many readers.”

To celebrate the movie contract, the author is offering up to ten vouchers for a free kindle download on amazon. Just email your request to wickedrunpress@gmail.com, and hopefully you’ll be lucky!

So, have any of you guys read Milk-Blood? Are you excited about the future full length film? Let me know in the comments below. ツ